At first sight, delta robots have a disturbing resemblance to the Martian war machines in War of the Worlds. Like giant mechanical spiders, long arms hang from a central head where all the motors are located. 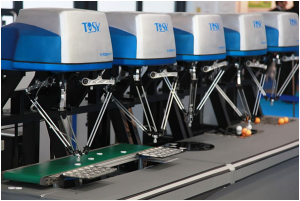 The resemblance to spiders is not entirely coincidental. Spiders are one of the fastest and most accurate assemblers in nature, adept at negotiating tight awkward spaces. Human arms and robots based on them are slow and unwieldy in comparison.

Deltas are designed on a basis of interconnected parallelograms enabling movement in X, Y and Z directions. Robots move up, down and side to side, while tooling plates remain parallel to the work surface. Larger ones can crawl into a location along ceiling rails, but delta robots come in many shapes and sizes, and often the smallest are the fastest and most revolutionary.

To understand how delta robots can be so fast and accurate, a good comparison is with the motorised head in a CD or DVD drive, but in three directions. They were originally deployed for simple high-speed but low-payload applications such as packaging assembly but are now undertaking meticulous tasks like electronic fabrication. Typical products include batteries, medical devices, circuit breakers and solar panels. The number in use has doubled in five years. 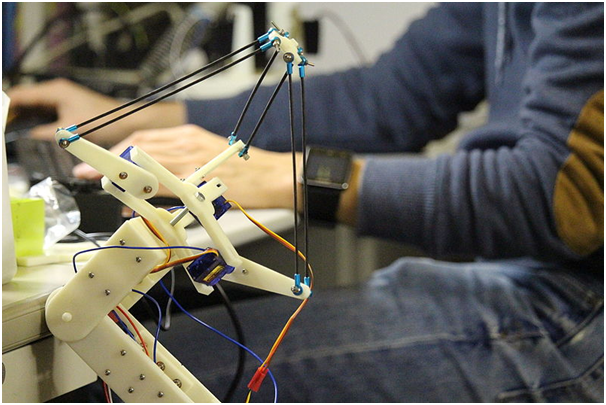 A challenge when automating production lines is that speed and dexterity depend on compactness and lightness, but traditional tool attachments like rivet and staple guns, motor screwdrivers and soldering and welding equipment are large, heavy and unwieldy. A breakthrough that is allowing delta robots to penetrate tighter spaces, increase productivity, and undertake higher-value tasks like electronics is the availability of metal bonding adhesive such as that from http://www.ct1ltd.com/product-applications/metal-to-metal-adhesive/.

Metal bonding adhesive allows dextrous delta robots to take on heavy mechanical assemblies, while others can fabricate reliable electrical bonds with accuracies well under 1mm in recessed locations where neither human hands nor ordinary robot arms could reach.

Adhesive applicator appendages are lightweight, but additionally their supply line and reservoir can be located entirely independent of the robot head and arms, imposing an almost negligible burden in bulk or inertia.